The first of two houses to be developed side by side on a subdivided block in Alderley, this project was completed in late 2009. The original house was centrally placed on a large block but after the subdivision it had to be repositioned on the first smaller site forcing it to take on a life of a smaller house. The renovation of the existing house aimed to relate better to the Queensland outdoors than the original house which was borne out of an era of availability of resource and function.

The sloping block allows for elevation at the front of the house while at the rear the kitchen opens to a ground-level concreted ‘party’ area. The planning dictated that the main deck becomes a central feature courtyard space which marks where the original house meets the new extension.  The renovation of this house was designed at the same time as the plans for the new house to go on the block next door. This opportunity allowed for the houses to be design sympathetically with each other to create unity but also individuality at the same time. 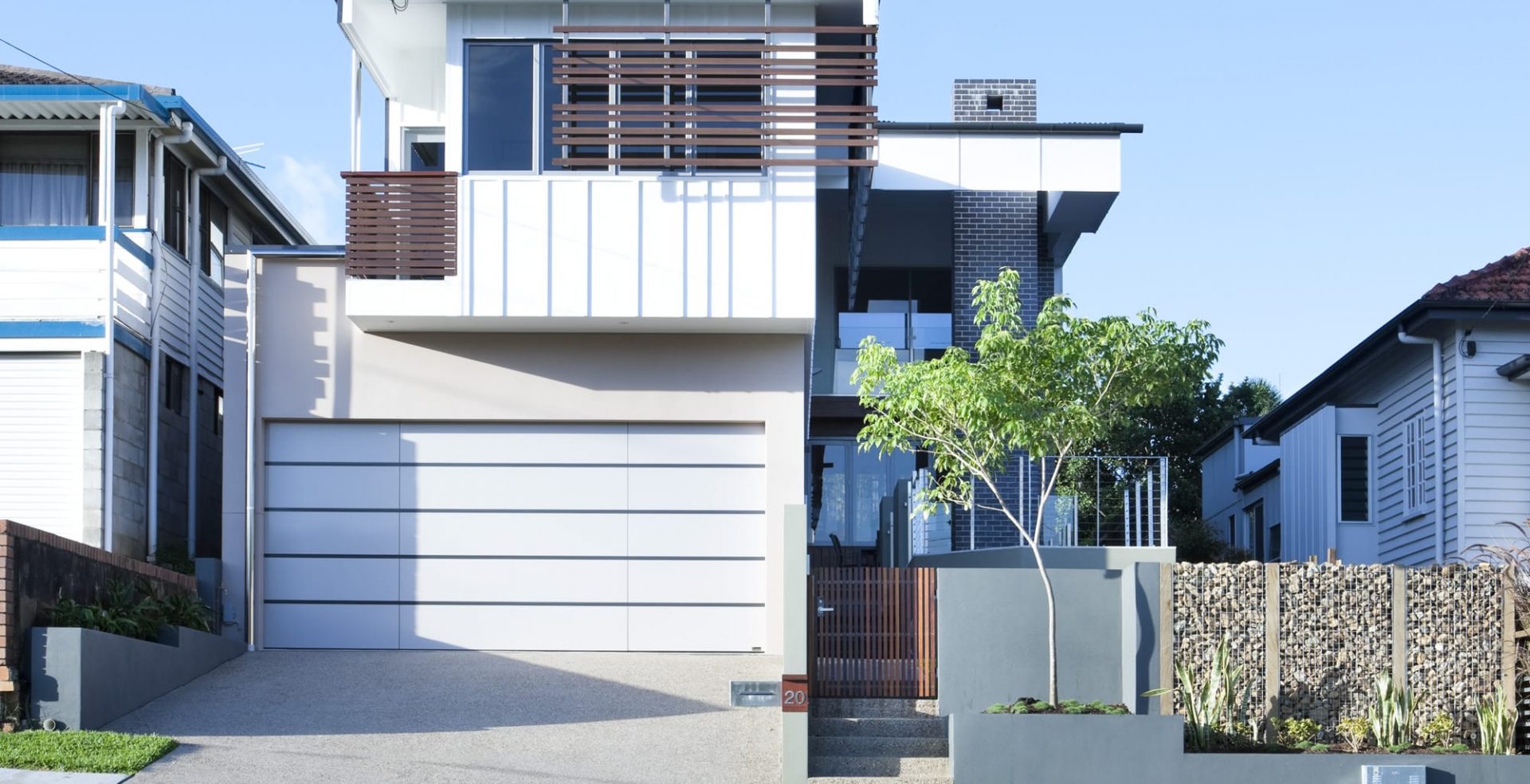 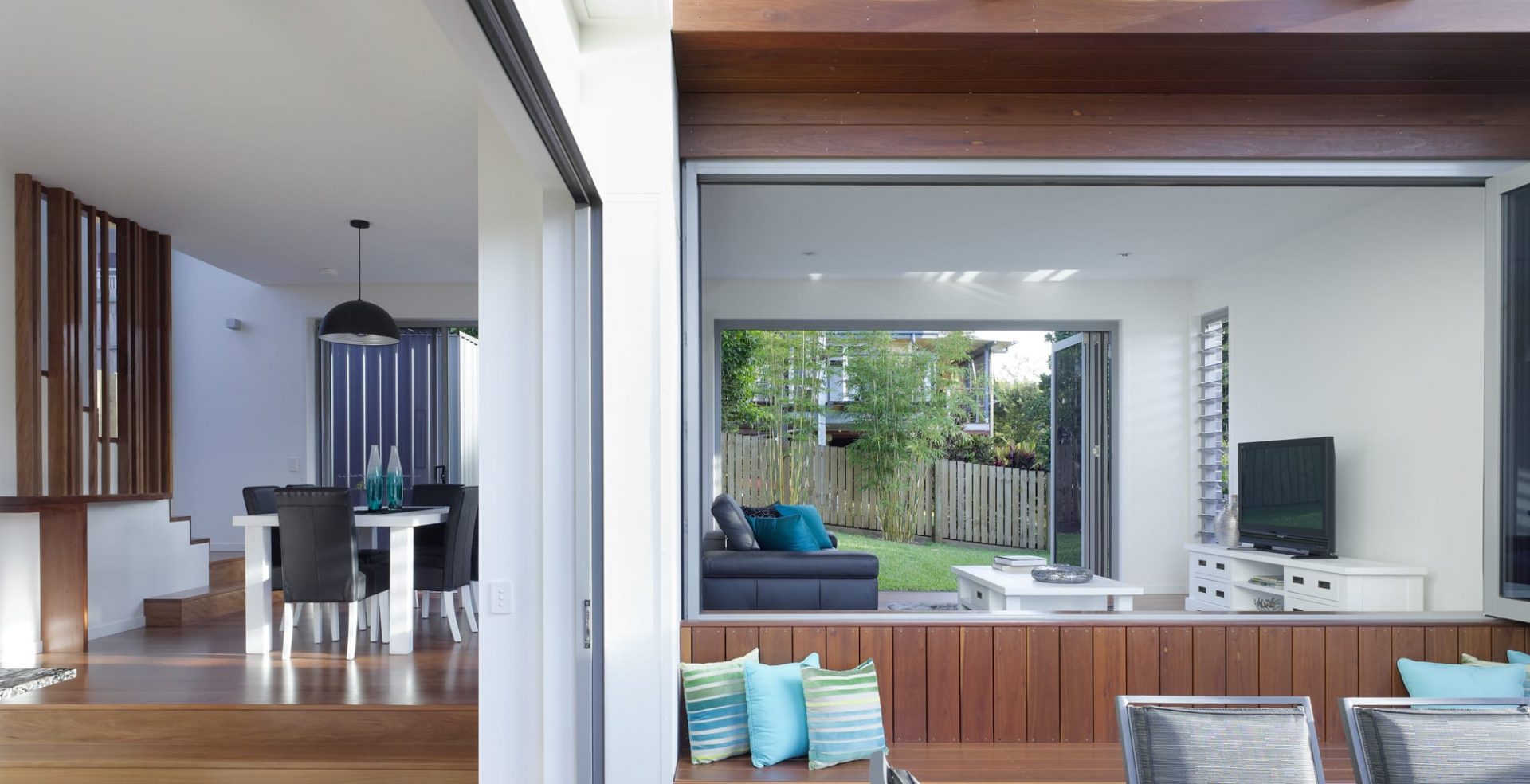 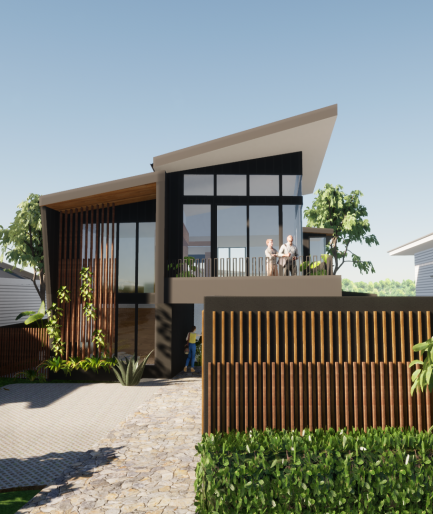 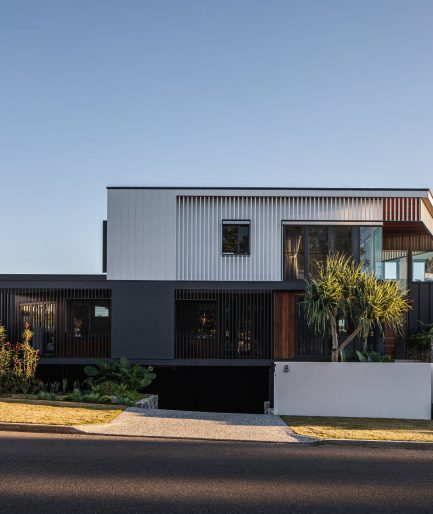 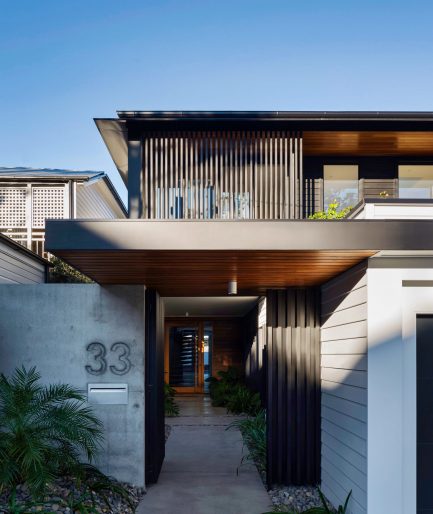